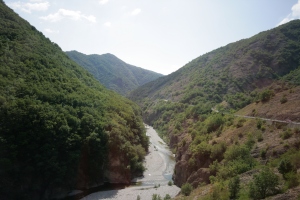 The question about the nature and meaning of Willpower kept me busy for some time. I even posted about it already twice, but still I could not understand what is the mystery behind. The other day I talked to an old friend about some private issues and suddenly he dropped a sentence that “The willpower is there to overcome the negativity/circumstances/destiny and thus to make another step in the personal evolution”. That’s it, I thought!

For instanse people who had problematic parents and difficult childhood – now they are comfortable in the victim position and say  “you know I have so many problems because of my childhood”. But why not overcome it? The Will Power will serve greatly if one takes to it.

Indeed, what is the fine border between a destiny and willpower? All great spiritual Masters talked about both, that a lot is already predestined and Divine Plan does exist. At the same time a human being has the Free Will, which makes us different from animals. If we use this Free Will we evolve further. Thus, at some point the Free will becomes the Will Power, the force that makes many great things happen.

Obviously today the question of Willpower is not popular. I remember in the Soviet Union we were brought up on the ideals of heroic people – not like Superman, but real heroes, existing people,  people who showed wonders of Will Power in their personal achievements or their work for others… Either in the industrialisation period, or during the Second World War or even after. I find it’s pity that today’s children miss that kind of upbringing. Today they only learn the ego-boosting.

I made my personal experiences with Willpower – not many but still some. I know what it feels like and I know how much courage it demands. And finally it’s a great mixture of thrill and discipline. A strange mixture that makes every personal journey worth tryting.