Why women are more sensitive to Spirituality June 26, 2012 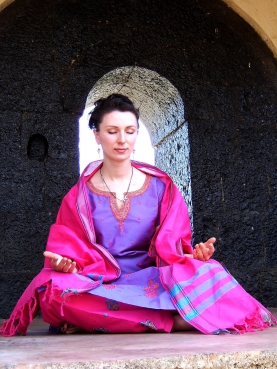 A mere glance at various spiritual practitioners grasps the female dominance. Disregarding country and cultural background. Now more than at any other historical period. People wonder why women are seeking more then men, why are they outnumbering in that sphere of life?

The answer is as simple as genius: Men just have a bigger ego which does not allow them to surrender easily, for surrender is one of the core spitirual features. ” Real men” are so-called doers and while acting they are not inclined to think of themselves as of “God’s instruments”. Due to their nature, men are more on the right side, using their right sympathetic nervous system, being proactive, dominant, thinking, directing… All that blocks their emotional side, the side which brings one faster to God because of the connection through the heart.

At the same time the greatest saints, yogis are prophets of all times are mostly male. How to explain all that? The men who truly become the men of God, they managed to overcome their ego and along with their male nature, could develop their female side as well. They became compassionate, loving and forgiving. Thus, balancing and enriching both sides they in fact managed to become the perfect humans. For some ironical reason, if a woman starts using her male side (“right side”) as much as the female one, she is more likely to become an unpleasant rather that a holy personality… END_OF_DOCUMENT_TOKEN_TO_BE_REPLACED