It is interesting to note that each religion gives a different name to this event. The Koran calls it Resurrection and the reward takes the form of “gardens watered by running streams“. The goal of Hinduism is “self-realisation” and that of Buddhism “nirvana”, where the being feels a rain of bliss upon him. Christians call it “baptism” or “entry into the kingdom of God”. There too, the symbolic gesture of John the Baptist uses the element of water on Christ’s fontanel. In the same way the Pentecostal wind which descended upon the heads of the disciples marked their entry into a new dimension, the enlightenment of their awareness through the perception of vibrations, an experience which is in every way similar to the awakening of the Kundalini today.

Are not streams, rain and wind the metaphors used by the different traditions to refer to the event of self-realization? Hindus, Jews, Christians and Muslims experience their union in the light of the same source, that of Allah. 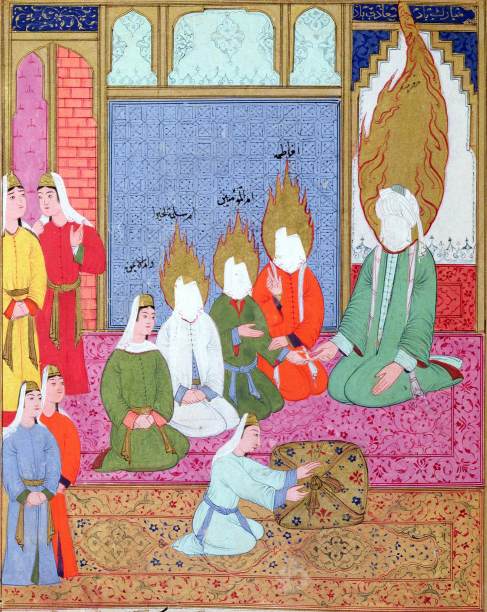 The Hindu has no choice but to acknowledge the cool showers of bliss descending on his brain devoid of thoughts, drenched in the absolute silence of the Eternal. The Jew enjoyed the same well-being  and feels the burning bush which was revealed to Moses vibrating within him: END_OF_DOCUMENT_TOKEN_TO_BE_REPLACED