Why is civil activism on the rise worldwide? November 7, 2014

We live in highly interesting times. Events of historical signification are being displayed in front of our eyes like in a fast motion film. We have the largest population ever lived on Earth, we have great means of communication and transportation; we can explore new places and each other. And – this is the first time ever such a huge number of people are interested in knowing their inner Self, in getting some spiritual knowledge and experience. All that which was accessible to a limited number of seekers is now possible for everyone. And many do use the chance!

Basically we are experiencing a huge shift in the collective consciousness. People are becoming aware of their lives, and try to discover the Truth.

I like the idea of Bernard Lietaer (“New World New Money”) who believes that we are shifting from the worship of male archetypes of a King, Magician and Hero to the worship of the female powers, of Mother archetype. The recent millennia brought the mankind to such an extreme of the ego-trip, competition and grid, that the pendal will have to naturally shift to the opposite. The people will come to the idea of the common good being driven by the cooperation, understanding, sharing and giving. Even if this sounds like a dream, believe me, we are heading there…because it is the law of polarity, the law of evolution!

There is an old Indian prediction about the advent of Kalki, the last spiritual incarnation. And it said that this incarnation will be not a single person, but a collective body of all enlightened people.

Interestingly we can observe a rise of civil activity in many countries. It looks like people are getting conscious about what is wrong with their lives, with the current economic and political system. They consciously want to change it! It looks like a very good sign of change.

So far, most of all revolutions have been “paid off” from the outside, even the October 1917 Revolution in Russia. Now we live in the interesting times when suddenly people are willing to do something, because they are motivated from within.

This is how things can truly change.

Let’s help to move the Humanity to the common good!

I am sure we all agree that the solution of all word problems is LOVE. Just imagine, how we would live if we would act merely out of pure love? Right, this world would be the paradise!

And what is the opposite of love? – FEAR!

Fear is the source of all problems, really all of them. The fear of loss of food shelter, health, wealth,and, ultimately, love.

That fear is the substance which tries to rule the world. I would not say it rules the world, but it always tries…Sometimes more, sometimes less successful.

How creates that fear? We would probably never find out.

But what we can really do is release ourselves, and this is only possible if we will learn to love, ourselves and others.

LOVE, and loads of it!

Little is known however about the connection between the two. Let me show you the missing link!

A couple of years before the death of Leo Tostoy, there was a highly interesting letter exchange between the two, please read here.

Gandhi mentioned several times in his life that Tolstoy was his true inspiration for the nonviolence fight.

A detailed text on relationship between Tostoy and Gandhi is here.

When Mohandas Karamchand Gandhi started to practice law in South Africa as a young barrister in the 1890s, he was confronted with glaring racial discrimination as well as various other injustices. It was then that he began to develop his satyagraha philosophy of nonviolence, through which he would later lead India to independence. Perhaps the most profound influence on Gandhi at this time were the ideas and living example of the Russian author Leo Tolstoy who, in the last year of his life, became Gandhi’s mentor on nonviolence.

During an interview in London with Evelyn Wrench, the editor of The Spectator, Gandhi was asked, “Did any book ever affect you supremely and was there any turning point in your life?” Gandhi replied that he changed the whole plan of his life after reading Ruskin’s Unto This Last, adding that “Tolstoy I had read much earlier. He affected the inner being.” Gandhi’s chief biographer and secretary in later life, Pyarelal, claims that so deeply was Gandhi’s thinking “impregnated with Tolstoy’s that the changes that took place in his way of life and thinking in the years that followed [his reading of Tolstoy] can be correctly understood and appreciated only in the context of the master’s life and philosophy.”

When, late in his life, his inner conflicts became unbearable, Count Lev Nikolayevich Tolstoy, the great Russian novelist, gave his estate to his family, disposed of much of his personal belongings and attempted to live the life of a poor and celibate peasant. In this attempt to put his personal philosophy into practice, he denounced authority and all violence, and became a vegetarian. His Christian anarchist life and moral and religious writings were to influence many people–not least of whom was the young Gandhi. END_OF_DOCUMENT_TOKEN_TO_BE_REPLACED

The optimist forecast: it will get worse and worse July 18, 2014 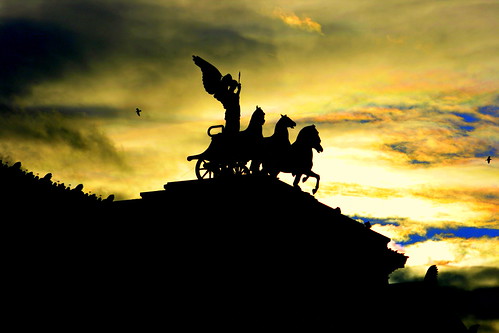 Everyone who knows me in person can admit that I am a positive and optimistic person. And I am, indeed. At the same time I am a careful observer of the mankind`s collective consciousness. And this is what I want to share with you today.
Dear people, now when we watch some absurd and dramatic escalation of conflicts in various parts of the world, as well as the world economy crisis which never ends… we should prepare ourselves that it will get worse. And worse. And worse.
Sorry to tell you, our life will not get better soon.

Unless and until we make a shift in consciousness, all together. Or at least the first 13 % as per innovation law.
The night it at it darkest before the sunrise and I guess we all know that from our private life experience.
However we do not need to wait untill it gets too dark – in the meanwhile we could search for solutions, and first of all in our minds and hearts, not in the politics.

There is one interesting research in the field of Knowledge Management :The article “Stuff or Love? How metaphors direct our efforts to manage knowledge in organisations”

where the researcher first compares Knowledge to water and what people can do with it, using as water. And then he compares knowledge to LOVE and people realize that then it’s a completely different approach! For love cannot be waisted like water and does not get less, only more with sharing. It is a different view which changes the whole attitidue, isn`t it?

This is what we can contribute for the better future now: to question all our modern values, economical systems, relationships – if it does not work may be we should find a System which works?

The shift will happen, we only need to reach some critical mass of new awareness.

Let’s work on it.

The better world will come, but first it must get much worse. FOR EVERYONE TO WAKE UP!

What is known about Kundalini in religions and teachings June 22, 2014

The Kundalini is the harp on which the Divine plays the melody of its Love. She is
the ladder by which the seeker steps across the threshold into the fathomless
Unconscious.  She is the jumping board that allows one to soar from finite to infinite in the
ocean of freedom, peace and bliss…
Ancient sages who meditated and achieved great heights of awareness, have
written a lot about Kundalini. Living away from the public in forest dwellings they saw the
working of Kundalini within themselves during meditation. Apart from descriptions in
ancient Indian scriptures, Kundalini has also been described in religious books like the
Thorats, Bible and the Koran as ‘the fire tree’. In those books there are many references
couched in secretive language which few would have understood.

The Bible tells of the first meeting of all the disciples with the Virgin Mary after the Crucifixion. The closed room
they met in “was filled with a great wind, and there appeared above their heads, as it
were, separate tongues of fire, and they were filled with the Holy Ghost.” This is a
description of a vision of Kundalini.

Various Chinese philosophers have also described the Kundalini in their writings, and Greek mythology catalogued the same Gods and
Goddesses. END_OF_DOCUMENT_TOKEN_TO_BE_REPLACED

How to marry spirituality and economics May 29, 2014

I suddenly found out one interesting awareness trend. The system-critics, the growing number of those fed up with the existing economic system come to a conclusion that the change has to come from the values first. More and more of such intellectuals realize that a spiritual transformation should happen before any serious system change can take place.

At the same time people coming from another lot – so called spiritual people – slowly arrive to the conclusion that no amount of spriutal heights and bliss compensate the cognitive dissonance of living in the capitalistic system which exists due to exploiting the weaknesses of human beings. The people of Spirit are suffocating in the System which kills the joy. The want not only the spritual but also  – parallel to it – a benevolent economic system, preferably without money.

Bingo! We seem to have arrived at the point when financial analytics and all kind of yoga-meditaiton practitioners, being the avantgarde of the society, realize the need of both spiritual and economic transformation.

When two ends meet… something new can emerge!

I observe how the fast growing community of alternative-economy developers is inspiring the hearts and minds of the population. Can we possibly develop and carry out Spiritual Economics? Will it happen in our lifetime? May be not, but it is great to be part of this breathtaking movement, we have to start somethere.

Someone came to me and said, “I was very sympathetic once, but somehow I have become hardened. What is the reason for it?”

I said, “You tried to get water from the bottom of the earth. But instead of digging deep down you dug in the mud, and you were disappointed. If you have patience to dig till you reach water then you will not be disappointed.”

from the Short Stories of Hazrat Ihayat Khan.