Three problems that cannot be treated, but controlled November 29, 2011

This is only natural for humans to try to find a healing for a problem. There are thousands of methods, techniques and spontaneous ideas how to cure/get rid of this or that. However I found out  that at least 3 things cannot be treated at all, but only consciously controlled.

3.Intrusive thoughts (like arguing in your head with someone you are in conflict situation)

I heard from my Guru Shri Mataji that laziness cannot be treated at all. Obviously only the will power can overcome it.

I also heard in various lectures of Shri Mataji that “you have to control your anger”. I find it highly interesting because normally Shri Mataji gives practical techniques how to treat any psychological or health problem with some vibrational or physical techniques. However regarding anger she always speaks about conscious controlling of it.

The point 3 – the intrusive thoughts – is something that can be highly disturbing and tiresome. Here I don`t remember any special recommendations but know from experience that no known treatment helps but the control. I once had a stupid situation END_OF_DOCUMENT_TOKEN_TO_BE_REPLACED

Do not believe anything on mere hearsay.

Do not believe in traditions merely because they are old and have been handed down for many generations and in many places.

Do not believe anything on account of rumours or because people talk a great deal about it.

Do not believe anything because you are shown the written testimony of some ancient sage.

Do not believe in what you have fancied, thinking that, because it is extraordinary, it must have been inspired by a god or other wonderful being.

Do not believe anything merely because presumption is in its favour, or because the custom of many years inclines you to take it as true.

Do not believe anything merely on the authority of your teachers and priests. But, whatever, after thorough investigation and reflection, you find to agree with reason and experience, as conducive to the good and benefit of one and all and of the world at large, accept only that as true, and shape your life in accordance with it.

Do not accept any doctrine from reverence, but first try it as gold is tried by fire.

The Kalama people of the town of Kesaputta asked the Buddha who to believe out of all the ascetics, sages, venerables, and holy ones who, like himself, passed through their town. They complained that they were confused by the many contradictions they discovered in what they heard. The Kalama Sutta is the Buddha’s reply. 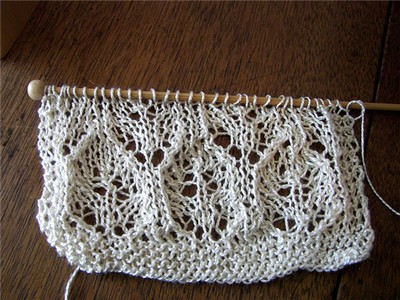 It is incredible how the life knitts its laces… every timea notice a wonderful curl of a life-lace, I must think of it.

I meet people for some reason, shortly, we come across each other and after  some months, years or decades the same people can become very important in my life, or very close . When I meet them first I cannot even imagine that…and then The LIFE takes the threads and its hands and knits, and knits and knits…

There is a saying in German that you meet a person twice. How true it is! And truly interesting how differently the same person may open up or close in the “second coming”.

I wonder if you also experience that phenomenon and how often. I think In my case it happens quite often.