being carried by the current of Divine Love

The current can be fast or slow

but I do not notice its speed

feeling so safe and comfortable

I watch the play of circumstances

on the left and the right river banks

And I feel having no worries at all.

May be because of the complete trust I feel

in this current, in people, in myself

I have an endless trust in the Divine Love

The love that is so gentle and powerful

so carrying and generous,

The love of the Mother.

Everybody wants to be loved and loved by everyone. Today probably more than ever. All we do in order to become attractive, successful, powerful –  all that is only aimed to get love, to become loved.

But if you ask a person especially the one who is trying hard to get love – “are you ready to love everyone?”  – quests what the answer will be…

Yes, this is the paradox of Love:

Everyone wants to be loved by all, but not everyone is ready to love all.

Well, may be this is the main trouble with the mankind?

Evolution of female images over the centuries – beautiful video! September 21, 2011

Thanks God it did not end up with Lady Gaga…probably because the video was done by Russians, the last shot is still very female :). 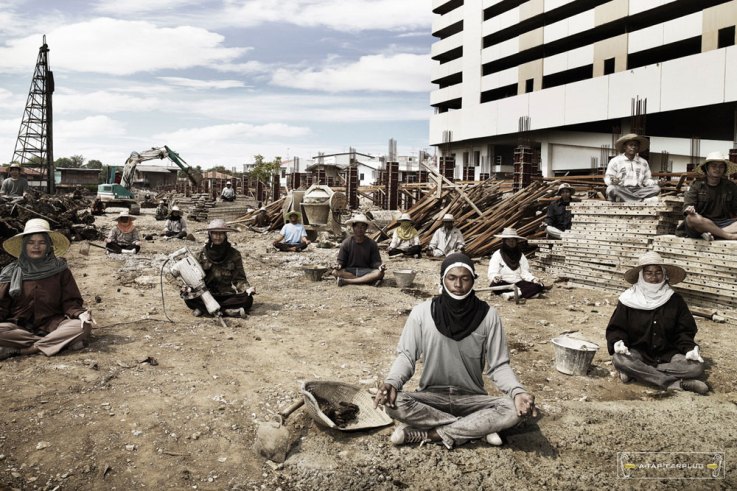 END_OF_DOCUMENT_TOKEN_TO_BE_REPLACED

The Spiritual aspect of money September 14, 2011 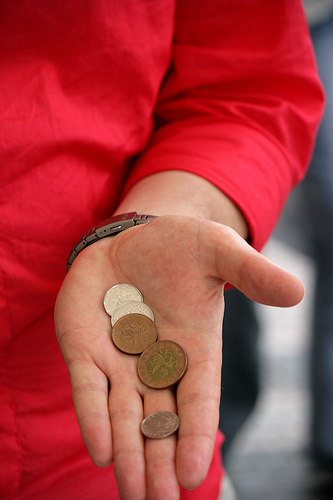 In her book “Interest and Inflation Free Money”  1996 Margrit Kennedy  offers an interesting  outlook on the main trouble with money – the interest rate.

She addresses the spiritual aspect of the topic “Money and Interest” and explains how many philosophers and religious leaders such as Moses, Aristotle, Jesus, Mohammed, Luther, Zwingli and Gandhi tried to avoide social injustice caused by  the continuous  gaining of interest. All of them gave remarks or even prohibition of interest payments.

For instance  the usury was forbidden in Christianity by threat of excommunication, and in Muslim countries there is a ban on interest, Jews were allowed to take interest only from people of other faiths – the Old Testament conveyed that interest in the long run destroys every social organism.  “Woe be to him who sells money at interest, for he sells what Does Not Exist”. They all knew well the cause of the problem, but it lacked a replacement for the circulation of money securing function of the interest.

The love of a mother is measurable, study says September 8, 2011

A recent study found out that the love of a mother can be measured … by the blood of a child.

German researchers made a long-term study showing how blood of a child changes with time depending on love, affection and care a child gets. The scientists have been following 279 boys and girls starting from the age of 3 up to 19. Throughout this period they have been visiting the families and taking notes of the way the children have been treated. At the same time the blood tests have been done accordingly.

Isn’t it amazing? This information is highly important because unfrotunately todays statistics shows that heart attack and strock are getting “younger”: If earlier these disesases have been typical for adults, nowadays more and more children and teenagers are aslo affected by them.

I also like the fact how this study reflects the  yoga knowledge about the connection of parential love to the heart (the strength of the heart chakra depens of the amount of love and security feeling a one recieved as a child).

Zoroaster…one of the Great Spiritual Masters on this Earth, almost unknown to the masses. 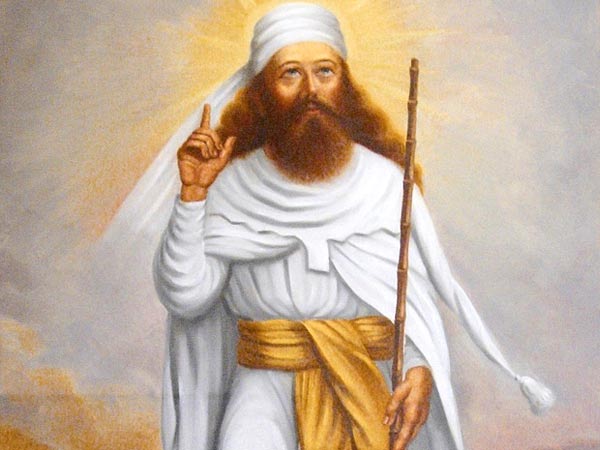 Zoroaster, also called Zarathustra, was an ancient Persian prophet who founded the first world religion – Zoroastrianism.  The legend says he was the only human child born on this Earth who did not cry at birth but laught.

Born at a time when the peoples of the Iranian plateau were evolving a settled agriculture, Zoroaster broke with the traditional Aryan religions of the region which closely mirrored those of India, and espoused the idea of a one good God – Ahura Mazda. What became known eventually in the west as Zoroastrianism was also the first to link religious belief with profound attachment to personal morality. In Zoroastrian eschatology there is much which has become familiar from reading the Jewish and Christian testaments: heaven, hell, redemption, the promise of a Sashoyant (Messiah), the existence of an evil spirit Ahriman and – most striking of all – the prospect of a final battle for the salvation of man at “the end of time” between Ahura Mazda and Ahriman leading to the latter’s final defeat.

The “dualism” of Zoroastrianism is known in the “West,” but is mostly misunderstood. In the Gathas Spenta Mainyu, the “Holy Creative Spirit,” is opposed to Angra Mainyu, the Hostile Spirit.  This conflict takes place in the human heart and mind, not in the material Universe.  It is the constant struggle between good and evil in human beings.  This is _ethical_ dualism, the dualism of Good and Evil.  In later traditions this changed into a dualism that took in the material world, dividing the Universe into two camps, each ruled by the Good God or the Evil Spirit.  This is called “cosmic” dualism.

Zoroastrianism does not teach or believe in reincarnation or karma.  Zoroastrians believe that after life on earth, the human soul is judged by God as to whether it did more good or evil in its life.  Those who chose good over evil go to what Zarathushtra referred to simply as the “best existence,” or heaven, and those who chose evil go to the “worst existence,” or hell. Zoroastrianism was one of the first religions to give the afterlife a moral dimension.
Zoroastrianism also believes in the progress of sacred time, and the eventual end of time.  The belief is that the collective good acts of humanity will slowly transform the imperfect material world into its heavenly ideal.  This is known as the “frasho-kereti,” or “making-fresh,” that is, renewal.  At the end of time everything and everyone will be purified, even the souls in hell – so hell is not eternal.
Zoroastrian ideas of moral dualism, heaven and hell, sacred time, and angelic beings have influenced Judaism and Christianity, during long centuries of contact between these faiths in the Middle East.

The most important thing about Zoroastrianism is the dedication to ethical and moral excellence. The motto of the faith is:  GOOD THOUGHTS, GOOD WORDS, GOOD DEEDS.  This threefold path is the center of the faith.  One knows what is good through the Divine help of Vohu Manah (Good Mind) and divinely inspired conscience (Daena).

According to tradition, Zoroaster lived for 77 years, thus indicating that he died about 551 bc. After his death, many legends arose about him. According to these legends, nature rejoiced at his birth, and he preached to many nations, founded sacred fires, and fought in a sacred war.

He was viewed as a model for priests, warriors, and agriculturalists, as well as a skilled craftsman and healer. The Greeks regarded him as a philosopher, mathematician, astrologer, or magician. Jews and Christians regarded him as an astrologer, magician, prophet, or arch heretic. Not until the 18th century did a more scholarly assessment of Zoroaster’s career and influence emerge.