‘…While God waits for his temple to be built of love, men bring stones..” 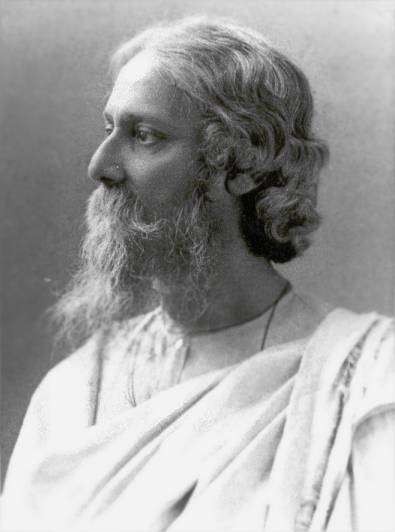 Where the mind is without fear

Tagore was not only a creative genius, he was a great man and friend to many. For instance, he was also a good friend from childhood to the great Indian Physicist, Bose. He was educated and quite knowledgeable of Western culture, especially Western poetry and Science. This made him a remarkable person, one of the first of our planet to combine East and West, and ancient and modern knowledge.

Tagore had a good grasp of modern – post-Newtonian – physics, and was well able to hold his own in a debate with Einstein in 1930 on the newly emerging principles of quantum mechanics and chaos. His meetings and tape recorded conversations with his contemporaries such Albert Einstein and H.G. Wells, stand as cultural landmarks, and show the brilliance of this great man.

Although Tagore is a superb representative of his country – India – the man who wrote its national anthem – his life and works go far beyond his country.

He is truly a man of the whole Earth, a product of the best of both traditional Indian, and modern Western cultures.

10 Responses to “Today is the 150th birthday anniversary of Tagore”