The greatest criminals in human history had high IQs, but their SQ was far below the average… 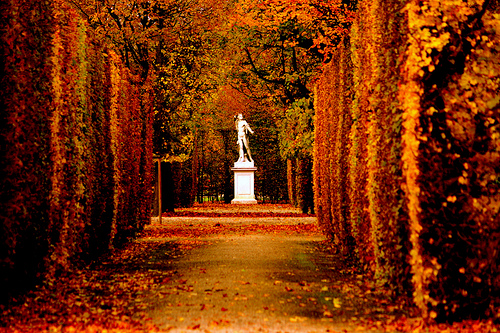 Spiritual intelligence is a term used to indicate a spiritual correlate to IQ (Intelligence Quotient) and EQ (Emotional Quotient). Like EQ, SQ is becoming more mainstream in scientific inquiry and philosophical/psychological discussion. It refers to a suite or set of propensities comprising: perceptions, intuitions, cognitions, etc., related to spirituality and/or religiosity, especially spiritual capital.

Models for developing and measuring spiritual intelligence are also increasingly used in corporate settings, by companies such as Nokia, Unilever, McKinsey, Shell, Coca-Cola, Hewlett Packard, Merck Pharmaceuticals, Starbucks and the Co-operative Bank. It has been identified as a key component of Leadership by bestselling business author Stephen Covey, who observes that “Spiritual intelligence is the central and most fundamental of all the intelligences, because it becomes the source of guidance for the other[s]…”

There is a vide range of models and definitions of SQ. The question is new to the science and thus still very much open. Here are some examples.

The word “spiritual” in relation to the intelligence has no necessary connection with organized religion. A person may be high in SQ but have no religious faith or belief of any kind. Equally, a person may be very religious but low in SQ (SC). The word spiritual in the Zohar/Marshal concept comes from the Latin word spiritus, which means, “that which gives life or vitality to a system”.

The fifth capacity was later removed due to its focus on human behavior rather than ability, thereby not meeting previously established scientific criteria for intelligence.

Most recently, it has been defined as “choosing between the ego and Spirit (Higher Self)”. This definition is based upon the root words: spiritus, meaning breath. Spirit is the breath of life. Intelligentia, meaning “to choose between”. There are three major aspects of spiritual intelligence. They are:

1. Identifying with one’s Higher Self or Spirit rather than with the ego. That is, you are not your body, your problems, your past, your finances, your job, your gender, or your ethnicity. These are each roles you play. You are a spiritual being having a human experience.

2. Understanding Universal Law—Cause and Effect. Spiritual Intelligence means that you take 100 % responsibility for your life, your situation, and for yourself. You recognize that you are the creator of your life and that your thinking, your beliefs, and your assumptions create your world. This means no blaming!

3. Non-attachment. As a spiritual being you are unattached to outcomes, forms, or experiences. Your well-being comes from within you, by way of your spiritual identity.

Can SQ be measured?

There is a great deal of disagreement over the measurement of spiritual intelligence. Many suggest that this ability set cannot be measured by traditional means, while others maintain that, like most psychological constructs, some degree of measurement is possible. Cindy Wigglesworth has developed the first competency-based Spiritual Intelligence Assessment Instrument, which measures 21 skills through a rigorously validated questionnaire, which has undergone statistical analysis of results to determine statistical significance and reliability, a construct validity analysis, and a correlation analysis with other highly respected, validated assessments of adult development. David B. King of Trent University is currently developing a self-report measure of spiritual intelligence, called the Spiritual Intelligence Self-Report Inventory (SISRI).

This is the scientific attempt to measure. I guess that in daily life the SQ can be easily measured…by just looking into the eyes of a person. The eyes of a SQ person do differ…I guess you know how.