The year 2010 has been rather turbulent for many and assuming that this has been the year of Tiger in Chines horoscope, no wonder – apparently it was meant to be like that accorting to Tiger’s character.

The upcoming year is said to be the year of Cat/Rabbit and brings other qualities and character with itself: peace, home feeling, coziness, peace and love in relationships with family and friends, creativity and satisfaction. Same on the global level.

My observations is that people born in the Cat/Rabbit year are in generally of a friendly and peaceful type, especially compared to the year before and after (Tiger and Dragon). Let’s hope it works the same for this year!

Whatever it is, it feels good to belive that the 2011 will bring us all more peace in our lives and hearts!

LOADS OF LOVE TO YOU ALL 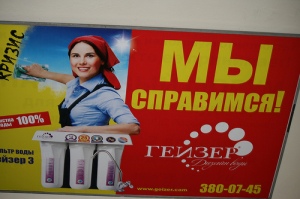 I came across an interesting study revealing the part of the Russian soul’s mystery: although looking ever-suffering, in fact Russians are tend to be less depressed than the Westerners. The study gives an explanation why.

Study co-author Igor Grossmann, a doctoral candidate in psychology at the University of Michigan, said in a university news release, “our study suggests that Russians are actually less likely than Americans to be depressed.”

“Among Westerners, focusing on one’s negative feelings tends to impair well-being, but among Russians, that is not the case,” Grossman stated.

Grossman explained that Americans tend to dwell more on past experiences and negative feelings than Russians do. The Russian people are able to distant themselves much better from these emotions than Americans.

Grossmann and co-author Ethan Kross, a University of Michigan assistant professor of psychology, published their findings in the August issue of Psychological Science.

Man looks for wonders; if he only saw how very wonderful is the heart of man!

There is no source of happiness other than the heart of man.

He who makes room in his heart for others, will himself find accommodation everywhere.

There is no greater phenomenon than love itself.

Love develops into harmony, and of harmony is born beauty.

In beauty is the secret of divinity.

The words of widsom by Hazrat Inayat Khan

The question of Trust is obviously one of the crucial ones in human relationships. Trust is something we are being testted about day to day, in all sorts of ways – privately, at work, with friends, in society, literary everywhere.

When I reflect on my life I can remember  only one case when I was let down by a person I trusted. Basically I keep up the trusting attitude towards every person. Can it be becasue  naturally people feel me trusting them and react accordingly? Or am I  just so lucky with trustworthy people on my way?

I wonder what your experiences and observations are regarding this subject of TRUST? Please answer the poll:

Thanks and loads of LOVE

Here is an excellently done video on the human evolution and the text by the author:

“Human history can be divided into three major periods in very much the same way that the development of a human embryo consists of three trimesters.

All throughout our past, we’ve been expanding, conquering, building, destroying, restructuring, and rebuilding again as we’ve continued evolving. Humanity continued to spread throughout the world, until finally, we conquered everything. A human fetus reaches this condition in the 38th week of its development.

For a child, the mother’s womb is the most comfortable place to be, and yet, this stage of development is merely an intermediate stage. The goal is to be born, and it is therefore impossible to remain inside of the mother’s womb. During delivery, a mother’s body produces an enormous amount of adrenalin in order to help the child be born, since the process of delivery is quite difficult and painful for the child.

Similarly, we as humankind have reached a peak stage in our development, and we cannot continue existing according to the principles we previously designed. Even though we have no idea what to do next, this doesn’t mean that there is no general plan for our development.

Nature operates its own program that impacts us, forcing us to be born through crises, disasters, epidemics, and wars.

After this birth, the child continues to develop, attaining a totally different world outside of the womb.”

A new approach in self-teaching – the future of schools? December 16, 2010

Some of you may know that pedagogics is one of my favorite spheres of interest, although I don’t blog about it much. I have a dream of opening a private school that would be based on the principles, more relevant to the evolutionary level of the upcoming generations than whatever we have now.

Today I would like to share with you an interesting TED video about a new experimental approach in teaching – helping school children in self-teaching.

I find it very insightful, especially the point of collective learning – something which is missing quite a lot in the modern concepts of education.

What fascinates you most about life? December 12, 2010

This is an open question to all my dearest readers here, see it as a poll question – I did not create a proper poll because I can’t imagine standard answers to it. I guess each answer will be unique!

Please comment with your answer and I will leave my one after a couple of days here in the post.

So, what fascinates you most about life?

What is the most stunning thing for you about living?

What do you consider a true wonder day by day?

Please name only ONE POINT.

1000 thanks and looking forward to your inputs 🙂

And here is my contribution:

I am fascinated by the EVOLUTION of life, and to be more exact by the daily wonder of spirtual growth/self- development/self-unfolding (whatever you may call it). I love the way this process is never-ending: Évery time you think it’s getting better, then thre are new and new horizonts that open before your eyes and thre is no limit to it, never!

Never doubt those whom you trust;

never hate those whom you love;

never cast down those whom you once raise in your estimation.

Wish to make friends with everyone you meet;

make an effort to gain the friendship of those you find difficult;

become indifferent to them only if you cannot succeed in your effort.

Never wish to break the friendship once made.

The words of wisdom by Hazrat Inayt Khan

I was tagged my Destination Infinity to do this tag on 3 top movies of all time. To say I am selective about watching movies is to say nothing. I hardly see a couple of films in one year. There was a time in my life several years back when I was watching many, but then I realized there were very very few works that could make me stun. And from any piece of art I am expecting this effect – it must fascinate me!

In my childhood I watched many good Russian films, but I don’t remember any one being particular fascinating. Thus I can only relate to the ones I have watched outside of Russian culture. 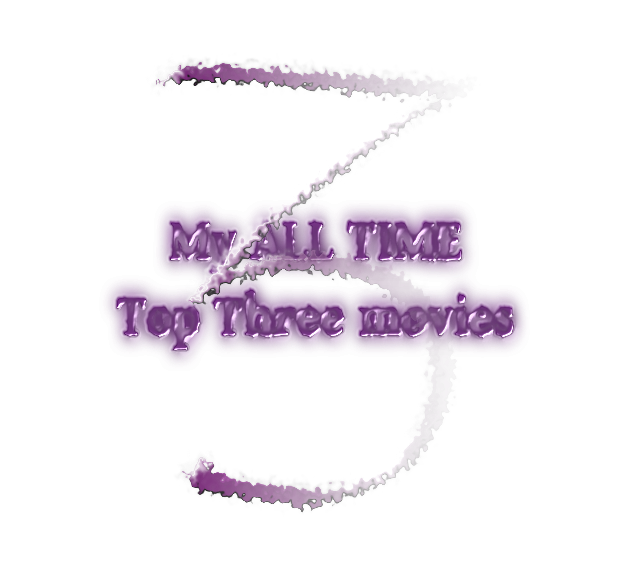 1. LIFE IS BEATUIFUL by Roberto Benigni.

What fascinated me most was the Attitude towards the worst condition one can imagine:

In a concentration camp, Guido hides his son from the Nazi guards, sneaks him food, and tries to humor him. In an attempt to keep up Giosué’s spirits, Guido convinces him that the camp is just a game, in which the first person to get 1,000 points wins a tank. He tells him that if he cries, complains that he wants his mother, or says that he is hungry, he will lose points, while quiet boys who hide from the camp guards earn 1,000 points.

This changed the complete life perception, I remember how deeply I was moved  by the greateness of human Spirit in this attempt.

That’s my another favorite: I love the transformaiton idea! That’s what fascinates me most of all in life, as well as in every piece of art – the human ability to get transformed, to evolve, to grow… The movie is very powerful, and  – unlike in Matrix that used to be my favorite – I love the collevtive (team) spirit, not a single hero fighting the evil.

3. JODHA AKBAR, another Indian production of 2008

The breathtaking aesthetic beauty is a rare case in the western film. I have never seen any western production that would blow my mind by the spectacular colour combinations or marvelous aesthetic scenes – that remains the strength of the Eastern mindset and perspective. END_OF_DOCUMENT_TOKEN_TO_BE_REPLACED