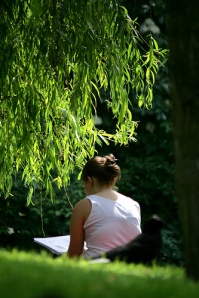 Another interesting trend that I am observing right now: technical studies/professions becoming unpopular in the West, more and more people prefer humanitarian directions. In Austrian universities, for instance, the faculties of psychology and publicist are overwhelmed, but the science/technical faculties are under-attended. The local government is worried and is trying to save the situation by some marketing complain in order to encourage the youth to change the study direction. As far as I know the situation is similar in many other western countries (opposite to the so-called “emerging markets”).

I find this trend really interesting and try to analyze the reason for it:

1. is it because people are so lazy to study hard ( it’s clear that “technical” professions need a lot more to study than any humanitarian science)?

2. is it because last generations are so fed with high-Tech since their childhood that naturally people want to balance their brains and lives and study/work something more relaxing?

3. is it because in general, the West is so “overheated” with technical stuff and all sorts of sience  that we all need to look into another direction and get down to ourselves, our inner world and relationships (which obviously suffered a lot in the recent decades)?…

These are my suppositions, would love to know what you think, my dearest ones!

27 Responses to “Why Western youth ins’t into technical professions?”