Our impact of other’s life can be much bigger than we think! September 26, 2010 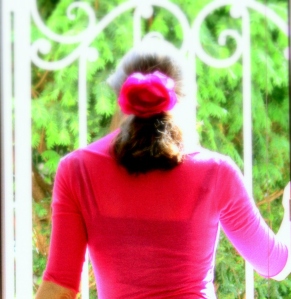 This post is a bit too personal… but in this case my life illustrations can give a better idea of the title than any philosophical statements.

We all suspect our interactions with each other to have most probably deeper consequences than we are aware of. However life shows that the impact we make on people can be far more serious and important than we can even imagine!

In the last couple of years I have heard several stunning “confessions” about me from some people of my past. People, whom I hardly knew, acquaintances or childhood friends told me something they not only remembered well but what they consider important for their lives!

I allow myself to quote here a few, since they are depicting well what I want to say by this post.

Example 1. (a sweet and funny one 🙂 A girl who was my classmate in the frist school years, told me recently “you know, all the girls had been always watching your style in order to see what should be “in”, we secretly admired you and then copied!” – OMG, and that with 10 years of age and in a Soviet school!! It is true, even at that time I used to wear “extravagant” cloths and accessories due to my mom’s profession, but I could never ever imagine, how inspiring it could be for the schoolmates… especially because I was actually an outsider, not a popular person at all!

Example 2. Later in my early teens I had a friend who was very different from me and even wanted to persuade me to smoke 🙂 but still I  liked her and used to some time with her. Once we stopped on a bridge watiching pedestrians below. Suddenly we saw an invalid in a wheelchair, moving joyfully to the park. We were impressed by his positivity and I told her “see, in his position he is still doing well and obviously optimistic. Why shall we, healthy people, moan about anything?” –  I completely forgot about this story, but was reminded about it by this very girl last year when we finally met… She told me that these words of mine gave her the idea of the attitude to life which she has been living by since then!

Example 3. Even though I have always been positive about people and life myself, at some point in my 20-es I had a very tough life period which could have been easily demotivating for someone else. After it has started improving, I met a mature lady 20 years older than me who was in troubles because of her crazy husband. She was very desperate. I tried to help her with whatever I could, but gave up after some time because she was too negative about life and I just could not stand her constant moaning and groaning….

A month ago I was enjoying a sunny day in a park. Suddenly this very lady approached me with exclamations of joy – she recognized me after 10 years although I was wearing my half-face covering Dior sun glasses. “Axinia, you here! I was just walking around and thinking of you”… And then she reminded me of the moment when we were sitting in this very park 10 years back and I told her the following: ” I have been through a very difficult time, but I worked it out. I wish from the bottom of my heart that you life improves too and hence I hand you over my good will, it shall also bring you luck!”  – And you know what? It all came true! My life improved so much, I got married second time, got a great job and am really enjoying my life. You know, 10 years back I thought you were such a naive girl to tell me that. But then it all came true and I had to often think of your words…” I was very happy to hear her saying that and the more so, because she sounded like a normal positive person! But I could hardly remember my own words which were of such inspiration and importance for this poor lady at that time. END_OF_DOCUMENT_TOKEN_TO_BE_REPLACED

All we need is… a grandmother revolution! September 21, 2010

For those who have seen the film “Patch Adams”, starring Robin Williams, the interview below would be an added value to this amazing film. And the value of the film itself is high indeed, especially because it’s based on a real-life story.

Today I came across one interview with the film protagonist. The real person turned out to be even more fascinating than the film character (often it’s just vice versa).

Hunter Doherty “Patch” Adams, M.D. (born May 28, 1945 in Washington, D.C.) is an American physician, social activist, citizen diplomat and author. He founded the Gesundheit! Institute in 1971. Each year he organizes a group of volunteers from around the world to travel to various countries where they dress as clowns in an effort to bring humor to orphans, patients, and other people. Adams is currently based in Arlington, Virginia. In collaboration with the institute, he promotes a different health care model (i.e. one not funded by insurance policies).

In his interview to one Italian financial newspaper Patch Adams gives a genius in its simplicity answer of how to change the world to a place, full of love and compassion:

END_OF_DOCUMENT_TOKEN_TO_BE_REPLACED 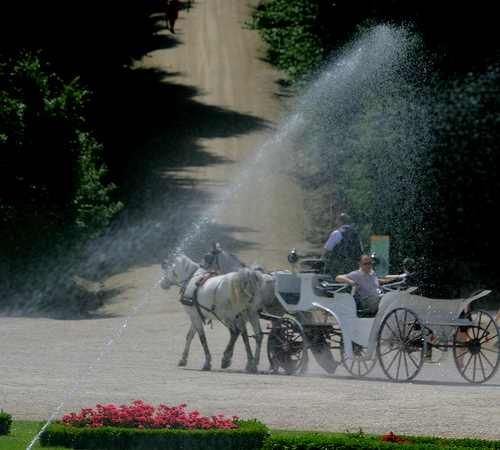 My boss is a talented private banker and an excellent psychologist. I learned a lot by observing his talks with job candidates in the beginning of my Human Resources Carriere. And since the idea of his business is to make money, my major task has been to find people who REALLY want to earn money. Interestingly, it turned to be a hard task!

The best two questions to ask a candidate is “Do you love money?” and ” What do you need money for?”. The first reaction always is: “yes, sure, who doesn’t?!?” and when I start asking how this love for money actually manifests in his/her life….a person suddenly realises that actually “no…not really”.

It is a paradox? I think no. In fact, most of the people just want a sufficient life standard and nothing more. A dream of becoming rich is obviously a brain-washed one: how many of us are really ready to DO something to become rich? Not many. Because it mostly means too much work, too much stress, to many other conditions which we believe we do not have… The truth is, it is not needed. END_OF_DOCUMENT_TOKEN_TO_BE_REPLACED

This is an age-old and question and probably one of the most mysterious ones: is there a destiny, a kind of a programmed path for each of us?

Are we free to “design” the life we want  or is everything under the control of higher powers?

What is your feeling/experience/believe about it?

looking forward to your choice and comments:)

THANK YOU, MY DEAR ONES!!

Once a person is free he is not bothered about anything.  Nothing can make him habituated to anything – nothing.

Such a person lives like a king whether he is in a hut or a street or in a palace.  He’s not bothered.  Whatever it is he’s the king.

He doesn’t want anything anymore.

And only thing that it can do is to give; it cannot take anything.

Vladimir Soloviev, a Russian prophet of the 19th century September 6, 2010

Let me intoduce here one more jewel of Russian Sprituality and culture.

Vladimir Soloviev (1853-1900) one of the greatest philosophers of the nineteenth century, was the founder of a tradition of Russian spirituality that brought together philosophy, mysticism, and theology with a powerful social message. A close friend of Dostoevsky, a Platonist, and a gnostic visionary, Solovyov was a prophet, having been granted three visions of Sophia, Divine Wisdom. He was also a poet and a profoundly Christian metaphysicist. His most important works include Lectures on Divine Humanity; The Justification of the Good; and War, Progress, and the End of History.

Soloviev had an intense connection to the Divine in the form of the feminine archetype of Sophia or Holy Wisdom. His writings had a strong influence on Russian Symbolist poetry and on Russian spirituality in general in the early 20th century.

Soloviev was born into the elite of the intelligentsia. His father was a prominent history professor at Moscow University and his mother was Ukrainian and related to the philosopher Hrihoriy Skovoroda. He was a gifted child and read extensively. When he was nine years old, in 1862, he had his first vision of Sophia (Divine Feminine), during an Orthodox church service. She appeared as a beautiful woman–“an image so radiant and powerful that he would come to pursue its meaning throughout his adult life.”

At the age of 13, Solovyov renounced the Orthodox Church and began a troubled exploration of the philosophies of materialism and nihilism. He initially studied natural history and biology at university, but his grades began to slip. He switched to studies in history and philosophy. Sometime around the age of 20, he “reconverted” to the Orthodox Church, and became a lay theological student and lecturer. He later traveled to London to do research among the religious and spiritual texts at the British Museum.

END_OF_DOCUMENT_TOKEN_TO_BE_REPLACED

The importance of gentleness September 2, 2010 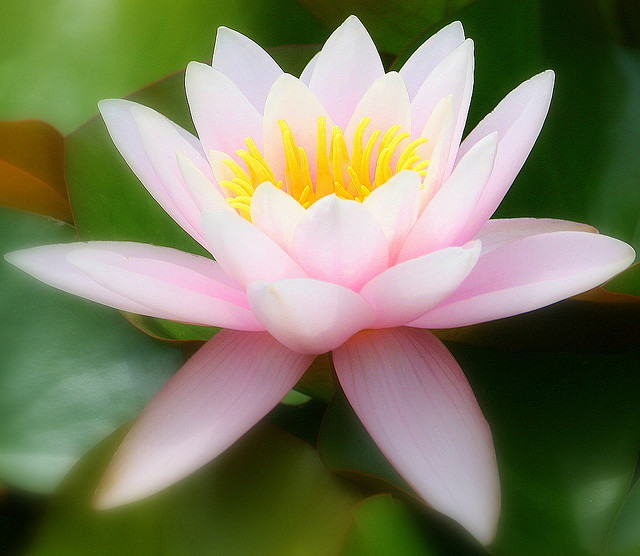 Every impulse has its influence upon the word and upon the action. Therefore naturally every impulse exerts its full power through words and deeds unless it is checked.

There are two types of persons: those who have learnt to check their word and action when they exert their full power, and express themselves abruptly; the other kind of persons are those who mechanically allow this natural impulse to show itself in their word and deed without giving any thought to it. The former, therefore, is gentle, and the latter is man.

It is mainly gentleness which is the basis of all refinement. But where does it come from? It comes from consideration, and it is practiced by self-control. There is a saying in Hindustani: ‘The weaker the person, the more ready to be angry.’ The reason is that he has no control over his nerves; it is often lack of control over oneself which is the cause of lack of gentleness.

No doubt one learns gentleness by consideration. One must learn to think before saying or doing. Besides one must not forget the idea of beauty. One must know that it is not enough simply to say or do, but that it is necessary to say or do everything beautifully. It is the development of the nations and races which is expressed in gentleness. Also it is the advancement of the soul’s evolution which expresses itself in gentleness. Nations and races, as well as individuals, will show backwardness in their evolution if they show lack of gentleness. END_OF_DOCUMENT_TOKEN_TO_BE_REPLACED